Ryan M. Andrews’ Save Yourself Set to World Premiere in New York 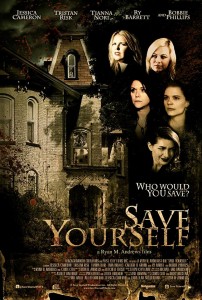 Further to his previous award-winning feature film, Sick, Canadian scribe/director Ryan M. Andrews’ latest project, Save Yourself, is all set to take the festival circuit by storm with the world premiere slated for Friday, November 13th. The film will be screening as part of the New York City Horror Film Festival held at Manhattan’s Times Scare, a year-round haunted attraction running in one of the most haunted buildings in the nation.

Starring Tianna Nori (The Demolisher), Elma Begovic (Bite), Ry Barrett (The Demolisher), Tristan Risk (The Editor), Jessica Cameron (Truth or Dare), Sydney Kondruss (The Drownsman), Caleigh Le Grand and Bobbie Phillips, Save Yourself is destined to be an absolute treat as audiences will get to savour a juicy ensemble cast of celebrated scream queens all sharing the screen with the ever-talented Barrett.

The film follows five young starlets as they head off to L.A. to screen their latest genre flick only to find themselves caught up in a sinister scientist’s schemings when they they stop off at a seemingly sleepy town. 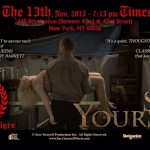 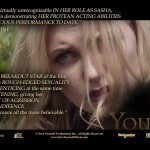 For further details on the world premiere head over to the New York City Horror Film Festival site here.

You can also keep up with everything SAVE YOURSELF related at the official site, on Facebook and Twitter.

In the meantime we’ll leave you with the brand spanking new trailer for SAVE YOURSELF from Post City Films: