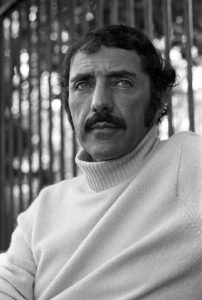 William Peter Blatty, the author of the acclaimed novel The Exorcist, has passed away at the age of 89.

Born on 7th January 1928, Blatty was born in New York City and raised by his religious mother after his father left home when he was 5-years old. He attended Georgetown University, where he gained a BA in English and a later Masters in English Literature. Aside from being an author, Blatty worked as a salesman, a truck driver and later enlisted in the US Air Force.

Among his written works are his own autobiography titled Which Way to Mecca, Jack?, comic novels and scripts for films like Gunn in 1967 and Darling Lili in 1970. His most notable work, The Exorcist, was published in 1971 and taken to screen in 1973 with director William Friedkin. Friedkin took to Twitter to announce the passing of his “dear friend and brother” last Friday.

Blatty also directed the excellent supernatural thriller The Ninth Configuration, which is a great example of his horror and comedy work culminating in one thoughtful and unique feature. He also directed The Exorcist III: Legion, which had a director’s cut edition released only last year.

Rest in Peace William Peter Blatty. Thank you for your masterful work of possession and your overall mark on the world of horror. Our thoughts are with his friends and family at this difficult time.