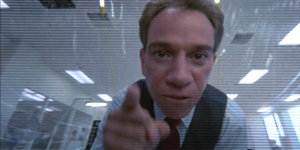 Prolific character actor Miguel Ferrer passed away on Thursday aged 61, having lost his battle with cancer.

Perhaps best known to many for his breakthrough role as capitalist sleazebag Bob Morton in Robocop, Ferrer more recently found wider recognition through starring TV roles in NCIS: Los Angeles and Crossing Jordan. He has racked up over one hundred screen credits since starting out in the early 80s, and has graced the horror genre with his distinctive presence more than once.

Ferrer’s first horror role was in William Friedkin’s much-maligned (but, at least in this viewer’s mind, underrated) The Guardian in 1990. Throughout the decade that followed he would appear in the TV adaptation of Stephen King’s The Stand, three episodes of HBO’s Tales from The Crypt and another King adap, 1997’s The Night Flier.

Before his passing, Ferrer was able to reprise one of his most notable roles as FBI Agent Albert Rosenfield for Showtime’s upcoming Twin Peaks revival. He played the character over both original seasons of the show and 1992’s big screen outing, Twin Peaks: Fire Walk with Me. 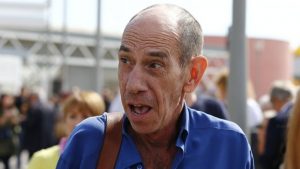 An instantly recognisable actor with a strong and varied body of work, Ferrer will be sorely missed. We at Scream send our condolences and good thoughts to his wife Lori, sons Lukas and Rafi, and to all those who knew him.