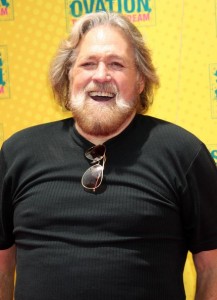 Rounding off a really shitty week is the news that actor Dan Haggerty has passed away after losing his battle with cancer. He was 74. Haggerty was best known for his role as outdoorsman Grizzly Adams in 1974’s The Life and Times of Grizzly Adams, which spawned a TV series in 1977. Much of the heavily-bearded actor’s career was spent in horror and exploitation films, with a number of early roles playing bikers and heavies. An uncredited appearance in Easy Rider led to roles in rough ‘70s biker films Angels Die Hard, Bury Me An Angel, Pink Angels and the supremely grubby Sleazy Rider.

Following further reprisals of his signature role as Grizzly Adams, Haggerty acted in a string of horror films in the late ‘80s. A small role in Terror Night in 1987 was followed by performances in 1988’s Night Wars and festive VHS favourite Elves in 1989. During this period the hulking Haggerty also appeared in forgotten zombie flick The Chilling, Danger USA, The Inheritor, and The Channeler, as well as playing the title role in action flick Repo Jake. 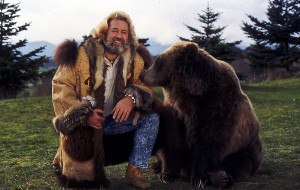 He is the only actor to have a star removed from the Hollywood Walk of Fame, when the star intended for his father, Don Haggerty, was mistakenly inscribed with ‘Dan’. Dan was eventually honoured with a star of his own.

Haggerty’s daughter Megan had turned to a crowdfunding site to raise money towards his fight against “this bear known as cancer.” She had managed to raise around $10,500 of her $100,000 target at the time of her father’s death.