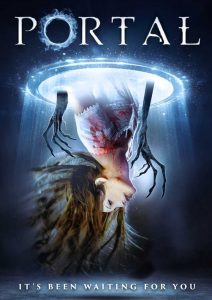 If you are a sucker for horror movies, you are surely going to love this new horror story named Portal. The direction responsibilities of the movie are maintained by Dean Alioto.

Vertical Entertainment has planned to release the movie on 15th October. This is a delicious horror movie which is all set to rock the audience. The trailer of the movie is already out and is available online to watch.

This movie will attract many horror fans as it stars Ryan Merriman from Final Destination 3. This is a big chance for all the Final Destination fans to watch their favorite horror star once again on the screen. The fact that he will appear in a horror movie, it’s a big threat to the audience. Apart from that the movie also stars Heather Langenkamp from A Nightmare on Elm Street which was a great hit back when it was released. She also appeared in movies such as New Nightmare and Dream Warriors. Then we have Jamie Tisdale from Dusk Till Dawn: The Series, and Najarra Townsend from Wolf Mother and Contracted. Lastly, we also have Yan Birch from The People Under the Stairs.

From the casting of the film, we know that we are here for a treat. We will get to see all known faces from some of the biggest horror hits. This gives us the hope that Portal is going to be a hit too.

Synopsis:
Portal has been described as Insidious meets Paranormal Activity. The outline of the story goes something like this:

An ambitious ghost hunter undertakes a risky ritual that opens a portal to the other side. Right after that he and his team are attacked by demonic forces. In the movie, they are seen fighting for their survival against these evil forces.

For any horror fan, this type of story is going to work like a charm. The movie is soon to release and the audience cannot keep calm.

The movie will be screened at Sante Fe Comic-Con on 18th October, Friday.

If you love horror movies then you should also try horror-themed online slots. There are plenty of such slots games available online. You can also get a chance to win money.

Portal will be available to watch through Apple iTunes, Apple TV, VUDU, Amazon Videos, Microsoft Movies and TV, Google Play and FandangoNow in the next four days. Now that you know where to watch the movie you should prepare yourself for a night of thrill and demonic action.