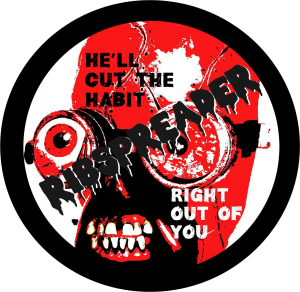 Decades after the end of his career as tobacco advertising icon “CC Ryder”, Bryan Burns life is in ruins and his mind unravelling. After his mother dies of lung cancer, he is tormented by a goading cartoon cigarette on an anti-smoking billboard. His mind snaps and he transforms into the Ribspreader, a killer stalking the city, extinguishing smokers and cutting out their lungs to make his macabre smoking jacket.

He soon discovers he is not alone. He lives in Murder City, a hunting ground of demented serial killers and he must compete for victims. Will he get ahead of the pack or break free of insanity?

Only one thing’s for sure: Smoking will kill you one way or another.

Ribspreader is a new, low budget horror comedy feature film from Adelaide’s Trash Film maestro Dick Dale. Over 6 years in the making so far the project is running a kickstarter to fund production to get the film in the can this year.

Dick Dale has been producing and screening amazing trash, horror and comedy films for over 20 years. He established the Trasharama a Go Go touring film festival in 1997. Trasharama is the undisputed nastiest short film program in Oz. Through this he has created an international network of like minded crazies splattering mayhem on screens each year. 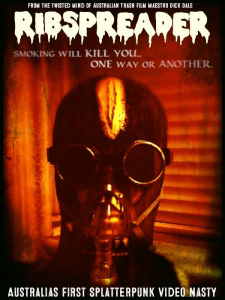 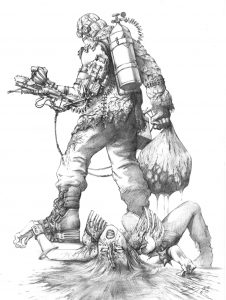 As well has his films, Dick is also infamous for fronting Australian punk bands for over three decades. With that history and the following Dick has built up over the years it’s safe to say Ribspreader will be Australia’s first Splatter Punk Video Nasty.