Following its premiere at Austin, Texas’ Fantastic Fest in September, Zak Hilditch’s adaptation of Stephen King’s short story 1922 will be released on Netflix on October 20th, the streaming giant has announced. The news was accompanied by these first images from the film. 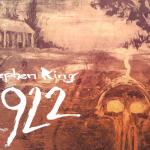 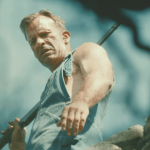 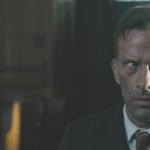 The story follows the events that befall proud rancher Wilfred James after he murders his wife to prevent the loss of their farm. Here’s Fantastic Fest’s summary:

“1922 is based on Stephen King’s 131-page story telling of a man’s confession of his wife’s murder. The tale is told from from the perspective of Wilfred James, the story’s unreliable narrator who admits to killing his wife, Arlette, with his son in Nebraska. But after he buries her body, he finds himself terrorized by rats and, as his life begins to unravel, becomes convinced his wife is haunting him.”

Thomas Jane (The Mist, The Punisher) plays Wilfred James, and is described by Fantastic Fest as “incredible” and “…almost unrecognizable in this role.” Molly Parker (Deadwood, The Road) plays Wilfred’s wife Arlette, with Dylan Schmid as their son, Henry.