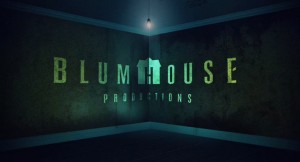 The U.S. distribution rights for Blumhouse’s latest horror film Lazarus have just been snapped up by Relativity Studios. This deal marks the second Relativity/Blumhouse collaboration after the two companies recently joined forces for Mike Flanagan’s Oculus.

Starring Mark Duplass (Creep), Olivia Wilde (Deadfall), Evan Peters (American Horror Story) and Donald Glover, Lazarus tells the tale of a group of med students who discover a way of bringing dead patients back to life. Based on the plot it sounds like we’re in for a Flatliners meets Re-Animator crossbreed. David Gelb will helm a script prenned by Luke Dawson (Shutter) and Jeremy Slater (responsible for next year’s The Fantastic Four). Lionsgate will be handling international distribution and the film has been slated for a U.S. Release date of 20 February, 2015. We hope to be able to bring news of a UK release date anytime now.