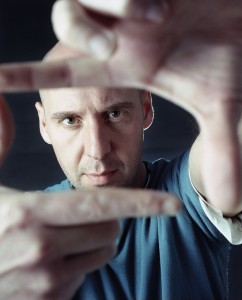 With REC 4 unleashed last Friday in Spanish cinemas, Jaume Balagueró is already clambering aboard a new boat, this time to helm the supernatural thriller Muse. This marks Balagueró’s return to directing an English language feature further to the success of projects such as Darkness in 2002 and Fragile in 2005.
According to Variety, Balagueró commented:

“This is just the kind of story that has always fascinated me, as a movie-goer and as a director. The combination of the supernatural, seduction, macabre rituals and love is an explosive one and has all the elements required to make a truly terrifying movie.”

Balagueró also co-wrote the screenplay in collaboration with fellow Spanish screenwriter Fernando Navarro and a plot synopsis has been revealed:

“Muse turns on Salomon, who has been off work since the tragic death off his girlfriend. Now, anxious to return to some semblance of normality, he goes back to his job as a police officer. But he hasn’t slept for months and has been suffering a recurring nightmare in which a woman is brutally murdered. Back at work, the nightmare becomes a reality: the same woman who appears every night in his dreams is found dead in exactly the same circumstances. Now, Salomon will do whatever he can to solve this case and to discover the identity of the mystery woman.”

Muse will be produced under Filmax Entertainmemt, who were also responsible for all of Balagueró’s films to date, and Filmax International will take the film to the imminent American Film Market.

We hope to bring you further news soon. In the meantime, be sure to look out for our interview with Jaume Balagueró in the latest issue of SCREAM Magazine, out this week.