Racial Divisions Highlighted in UK Posters for Get Out

Two striking UK posters have been released for the upcoming release of comedian and actor Jordan Peele’s hotly-tipped Get Out. Cleverly, given the film’s racially-charged subject matter, the one-sheets are stark in their lack of colour, trapping lead star Daniel Kaluuya (Kick-Ass 2, Psychoville) in the middle of a conflict between black and white. 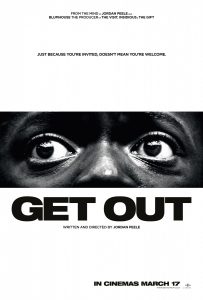 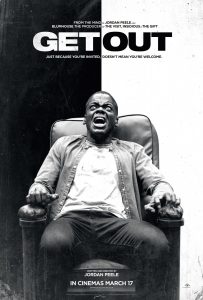 Synopsis:
“Now that Chris (Kaluuya) and his girlfriend, Rose (Williams), have reached the meet-the-parents milestone of dating, she invites him for a weekend getaway upstate with Missy (Keener) and Dean (Whitford).

At first, Chris reads the family’s overly accommodating behaviour as nervous attempts to deal with their daughter’s interracial relationship, but as the weekend progresses, a series of increasingly disturbing discoveries lead him to a truth that he could have never imagined.”

Get Out will no doubt receive a warmer reception than its protagonist does when it hits UK cinemas on March 17th.