Legendary horror author R. L. Stine has teamed up with Audible to create the first of a four-story horror anthology series, Camp Red Moon, that will debut this Halloween season. 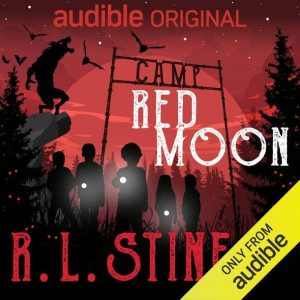 Stine wrote the first of the one-hour scripted episodes, titled The Werewolf in the Woods. The second episode, The Ghost in Cabin Six, was written by Ellen Oh, while Dan Poblocki wrote the third, The New Camper. Justin Reynolds closes out the Audible Original series with Battle of the Bots.