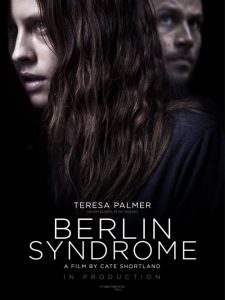 A mesmerising and quietly terrifying trailer for Cate Shortland’s (Lore) Berlin Syndrome has appeared online and we’ve fallen in love with it. It’s a sinister and subtle tale of abduction and lust that blurs the line between passion and possession. The story follows a young Australian woman in Berlin who meets a mysterious local man and the pair share one night together. However, the next day, she realises that she’s locked in his apartment and he has intention of letting her leave.

The trailer is refreshing and controlled, teasing the darkness that is beneath the film’s poignant façade that feels more like a tearjerker drama than a horror film. Do not be fooled by the slow, affecting music; this is definitely going to be a nail-biter.

Check out the engrossing, seductive and impressive trailer below which shows the film’s stars Teresa Palmer and Max Riemelt forming a dangerous relationship. Berlin Syndrome will be released by Vertical on 5th May 2017.