Quentin Tarantino’s Charles Manson movie has set its release date and it’s an eerie one. The film, which uses the Manson murders as a backdrop rather than a sole focus, will be released on 9th August 2019. That date is the 50th anniversary of the infamous Manson Family murders, which saw the death of actress Sharon Tate and others. 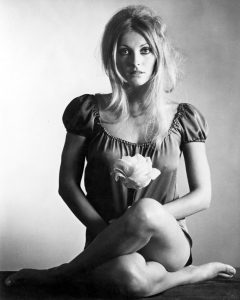 The plot of the film has been described as the following:
Set in Los Angeles in the summer of 1969, Tarantino’s upcoming movie, according to a source who read the script, focuses on a male TV actor who’s had one hit series and his looking for a way to get into the film business. His sidekick—who’s also his stunt double—is looking for the same thing. The horrific murder of Sharon Tate and four of her friends by Charles Manson’s cult of followers serves as a backdrop to the main story.

No official casting details have been released, but it has been rumoured for a while that Margot Robbie will be playing the role of Sharon Tate. More as it comes!