From executive producer Bryan Fuller (Hannibal), Shudder’s Queer for Fear: The History of Queer Horror is set to debut on September 29th—and the latest promo art for the series reimagines horror icons! 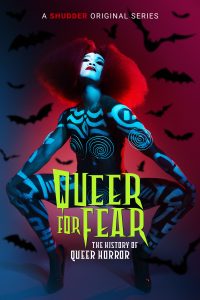 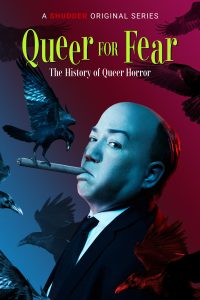 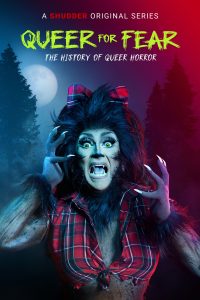 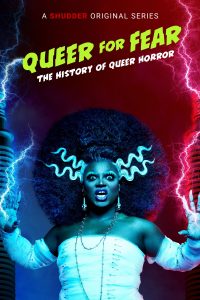 The key art, which was photographed by Tayo Kuko, features Mayhem Miller as “Reanimated Bride,” BenDeLaCreme as “Wolf Teen,” Lea DeLaria as “Hitchcock,” and Saturn Risin9 as “Painted Vampire.” If you’re not familiar with the series, here’s the official synopsis from Shudder:

“From its literary origins with queer authors Mary Shelley, Bram Stoker, and Oscar Wilde to the pansy craze of the 1920s that influenced Universal Monsters and Hitchcock; from the ‘lavender scare’ alien invasion films of the mid-20th century to the AIDS-obsessed bloodletting of 80s vampire films; through genre-bending horrors from a new generation of queer creators; ‘Queer for Fear’ re-examines genre stories through a queer lens, seeing them not as violent, murderous narratives, but as tales of survival that resonate thematically with queer audiences everywhere.”