Last week Quantic Dreams took to Twitter to announce that the company would be releasing a remastered version of Fahrenheit: Indigo Prophecy exclusively on PlayStation 4. Not only that; it will be releasing next month and will be around $14.99/£9.99. 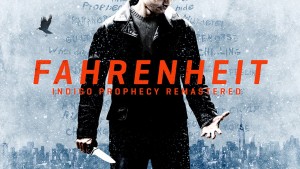 A Steam version of the remaster was released last year and if the PS4 is to follow suit, it will feature an extra sex scene. Hooray!?  However, it has been confirmed that this remaster is part of the line of PS2 Classics that are being made available on PS4 and considering the low price tag, it probably won’t add too much to the original version. But, we will see.

Fahrenheit: Indigo Prophecy is an interactive action-adventure game that sees the game’s main characters seek to uncover the supernatural forces behind a recent string of murders in New York.

You can purchase the remastered Fahrenheit: Indigo Prophecy for PS4 on 18th July worldwide.