These days, my interest is always piqued by anything playing in SXSW’s Midnight Section. This year is no different, and this brilliant trailer for The Ranger – which played the festival on Monday – has put the film firmly on my ‘to watch’ list. 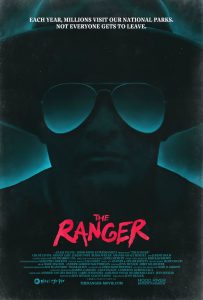 When Chelsea and her friends get in trouble with the cops, they flee the city and go on the run. Fueled by a hallucinogenic drug called Echo, they hope to lay low-and get high-in an old family hideout in the woods. But Chelsea’s got reservations about going back to nature and secrets she’s not sharing with her friends. When a shot rings out, her past comes crashing back, and the punks find themselves pitted against the local authority- an unhinged park ranger with an axe to grind.