Prison Spooker Against the Night Breaks Out in March

Written and directed by Emmy Award-winning TV director Brian Cavallaro, the film sees a group of friends sneak into an abandoned prison to film a ghost hunting video. It’s all just a bit of a laugh, until they realise that there really is something in there with them. It was filmed in Holmesburg Prison in Philadelphia. 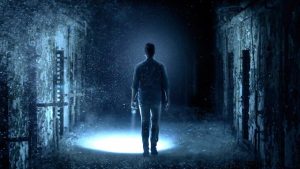 Starring in the film are newcomers Josh Cahn, Leah Holleran, Hannah Kleeman and Erik Kochenberger, plus prolific actor Frank Whaley, who appeared in Pulp Fiction and Vacancy as well as a number of Oliver Stone films.

Against the Night hits VOD platforms on March 27th.