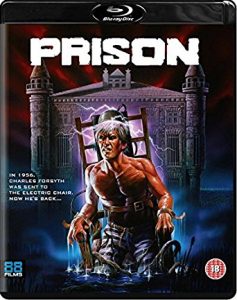 Synopsis:
Prison Officer Katherine Walker (Chelsea Field) oversees a transfer of inmates from their secure compound into Wyoming State Penitentiary: a dilapidated edifice which the cantankerous warden Ethan Sharpe (Lane Smith) wants the prisoners to renovate. Soon after settling in, strange supernatural events start occurring on site, which causes a rift between the convicts and aggravated officers.

This second feature from director Renny Harlin is synonymous with the type of gnarly, outlandish horror that haunted rental stores throughout the 1980s yet is only just making its Blu-ray debut. Even though Harlin helmed some half decent features, this electric chair horror is clumpy and hotchpotch. The lack of a prevailing protagonist, character arc, commanding threat and potent villain is notable throughout, yet Prison exhibits some sumptuous kill scenes which adorn the pithy action and lively VFX sequences.

Arriving in 1988, a year prior to Wes Craven’s Shocker and (the superior) House III: The Horror Show,  two other electric chair/ convict horrors about supernatural psychos, but Prison differs from those. Its spectre isn’t a wise-cracking scumbag like Horace Pinker or Max Jenke. Instead, the antagonist takes the form of an ethereal light which solders flesh. It also appears as an electrical spark or by possessing inanimate objects (guns, barbwire and pipes) to kill or cause or agony: shooting, scarring or puncturing faces via explosions of metal and flesh. Sadly there is a lack of heady dread or tension, despite some barnstorming action. 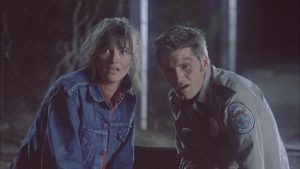 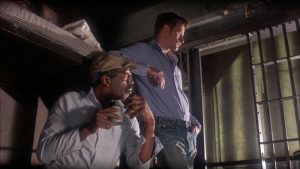 Having also appeared in Leatherface: Texas Chainsaw Massacre 3, The Prophecy and Gus Van Sant’s remake of Psycho, Viggo Mortensen seemed to be making a name for himself in horror before heading to Middle Earth as Aragorn (son of Arathorn) in Pete Jackson’s Lord of the Rings trilogy. Here he delivers a gruff, restrained yet compelling performance, but sadly most of the other cast are cardboard or cartoon-like, fettering the film’s grimy aesthetics and soiling what there is of a story.

Harlin crafts commendable action, as later seen in the likes of The Long Kiss Goodnight, Cliffhanger and the hugely underrated Mind Hunters, but his ability to fashion a fright is debatable. Harlin’s 1999 mutated shark thriller Deep Blue Sea was, for the most part, a CG laden mishap. While the Finnish film-maker’s third feature; A Nightmare on Elm Street 4: The Dream Master, proved mildly entertaining, it was arguably the sequel which saw Freddy Krueger morph into a catchphrase sprouting pop culture icon, less frightening than he was in the earlier entries. Aside from the aforementioned, there are relatively few prison set horrors (Malefique and Beyond Re-animator also spring to mind). 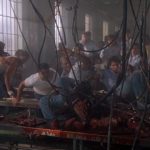 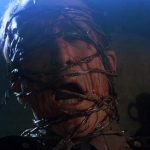 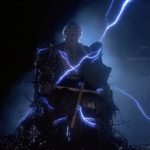 While Prison was the first of a short-run sub-genre and is notably different to the films that followed. The fact that it lacks a dynamic (embodied) antagonist is also a major disadvantage. Harlin’s film may be grubby and more grounded than those of its ilk but (along with screenwriter C. Courtney Joyner) he struggles to create complex characters, mine suspense or craft a story with a commanding arc. Both Harlin and Mortensen went on to make much better features following this cumbersome convict horror, which is occasionally fun but crippled by a crummy production and hack writing. Fans of the genre and era might enjoy Prison as a one off watch but mostly just for Viggo and the energised death scenes.