For nearly 20 years FrightFest has annually catered to British genre fans with the very best in horror and fantasy cinema.  Originally conceived as an idea to provide the UK with a fright festival on par with the best our foreign counterparts had to offer, it has since gone on to become a world-renowned institution, with fright fans from across the globe making their way to our rainy shores every year to celebrate the very best in macabre entertainment.  In addition, Fright Fest has also established itself as a permanent fixture at the prestigious Glasgow Film Festival every February, and during that weekend Glaswegian ghouls come out of the shadows and gather for chills, spills and thrills. 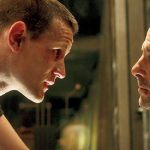 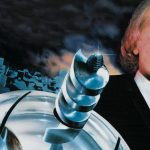 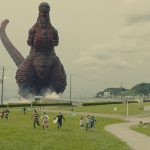 This year sees the festival return to the Toon with one of its most stacked line-ups to date, featuring exclusive European and UK premieres of some of the most highly-anticipated films of the year, along with Q&As with the filmmakers behind them. But the best part of Horror Channel FrightFest is watching movies in the company of likeminded people and sharing that special experience, and if we can say one thing about this year’s selection of flicks it’s that they’re bound to bond attendees through joyous, bloodletting unison.

SPECIAL SCREENING – ‘An ambitious young executive is sent to retrieve his company’s CEO from an idyllic but mysterious “wellness centre” at a remote location in the Swiss Alps. He soon suspects that the spa’s miraculous treatments are not what they seem. When he begins to unravel its terrifying secrets, his sanity is tested, as he finds himself diagnosed with the same curious illness that keeps all the guests here longing for the cure.’

SCOTTISH PREMIERE – ‘The once seen, never forgotten fantasy horror masterpiece, with a science fiction twist is back! In a brand spanking new 4K restoration overseen by JJ Abrams and his Bad Robot Company. Set to introduce a new generation to the deranged charms of the cult classic, meet horror icon Angus Scrimm as a malevolent mortician sending bizarre murder victims into another dimension where they become slave dwarves. A macabre fun house of shock that weaves a powerful primal spell, the ungorgetabble silver sphere that drills out brains is back in a phantasmagorical fusion of surreal imagery, outlandish thrills and super scares.’

UK PREMIERE – ‘A blockbusting $50 million fantasy epic that producer Luc Besson guarantees has “Something for everyone”. Written by Besson and long-time collaborator Robert Mark Kamen (The Fifth Element) and directed by Cockney’s vs. Zombies maestro Matthias Hoene, the rip-roaring spectacular adventure finds hapless teenager Jack magically transported to ancient China where he must learn to convert his awesome video gaming skills into those of a Kung Fu warrior to bring peace to the warring kingdom. The Last Starfighter goes Crouching Tiger, Hidden Dragon in an enthralling fable opening up a whole innovative East meets West universe of wonder and imagination.’

UK PREMIERE – ‘First came the massive hit Grave Encounters and the sci-fi shocker Extraterrestial… and now comes the most unusual, thrilling and unexpectedly moving Walking Dead movie ever from director Colin Minihan and co-writer Stuart Ortiz, aka The Vicious Brothers. After a horrendous flesh-eating apocalypse, Las Vegas wild child Molly finds herself stranded in the desert with a ravenously relentless zombie hot on her high heels. Forever trying to give it the ingenious slip, the lone stalker has no need of rest and soon it becomes her only physical contact in a world gone mad haunted by her dark past.’

Colin Minihan and Brittany Allen will be joining us to introduce It Stains the Red and return for a Q&A after the screening.

UK PREMIERE – ‘Orphaned African-American teen Milo thinks he’s undead in director Michael O’Shea’s fiercely independent first feature that took Cannes 2016 by storm. To escape his depressing life, Milo has drenched himself in vampire lore gleaned from such horror classics as Nosferatu, Martin, Let the Right One In, The Lost Boys and Near Dark, and has taken to sublimating his morbid fantasies bloodsucking on strangers. It’s when he befriends the equally troubled Sophie that a clear course of action presents itself providing liberation and tragic redemption. A nihilistic meditation on millennial angst and the defence mechanisms needed to protect the vulnerable spirit.’

Michael O’Shea will introduce The Transfiguration and return for a Q&A after the screening.

EUROPEAN PREMIERE – ‘Godzilla, the King of the Monsters, is back for a record-breaking box-office reboot of Toho’s kaiju classic. Present-day Japan, and an unexplained seismic event has occurred off the coast of Shinagawa, causing ripple effects all the way to the capital, starting with a commuter tunnel collapse. Ministers scramble to figure out what’s going on but only cabinet secretary Rando Yaguchi knows what the audience already does. That Godzilla has majestically returned and has his fire-breathing, stomping sights on Tokyo once more. Cue the epic disaster and monster mash frenzy as the original Gangsta Lizard wreaks fabulous havoc again.’

UK PREMIERE – ‘Warren is a degenerate drifter. On his way down to Mexico he finds himself stranded in Bedford Flats a one-horse town deep in the American desert. Unfortunately for him the town’s pastime is rounding up drifters and hunting them as part of an elaborate sporting event. This most dangerous and deadly game and bloody fight for survival is about to begin!’

UK PREMIERE – ‘Cage Dive follows three friends from California who set out to film an audition tape for submission to an extreme reality game show. To ensure they stand out, they decide to travel to Australia where they will be documenting themselves taking part in a most extreme activity. Shark Cage Diving. While on the dive, a catastrophic turn of events leaves them in baited water full of hungry Great White Sharks and turns their audition tape into a survival diary.’

EUROPEAN PREMIERE – ‘After Red, White and Blue and Johnny Garrett’s Last Word comes uber-eccentric director Simon Rumley’s third distinctive Austin, Texas based shocker. A hypnotic and bracing exploration of identity, body image and transformation, this sleekly demented De Palma-esque nightmare is set in the vintage clothing world where hipster shop owners April and Eric find their marriage tested when she begins to suspect her husband of having an affair. Her suspicions confirmed, April seeks sexual validation with the very mysterious and kinky Randall setting off a chain reaction of stylish fever dream madness, en vogue fantasy role-playing and chic ultra-shriek.’

WORLD PREMIERE – ‘Fear the Shtriga! From the first ever collaboration between Australia and Albania comes that Balkan country’s first foray into horror cinema written and directed by Steven Kastrissios who made his intense debut with The Horseman. Rooted in the very real phenomenon of blood feuds still plaguing the land, a struggling Albanian family, wrestling with traditions and superstition, must unite against another mysterious mountain clan’s aggressions. A surreal, remarkable and highly unusual voyage through the fantasy lens of whispered local mythologies, Kastrissios’ passion project invites you to explore the mindset of modern Albania while embarking on a spellbinding journey into terror.’

Steven Kastrissios plus members of the cast will be joining us to introduce Bloodlands and return for a Q&A after the screening.

UK PREMIERE – ‘A tense, deftly constructed noir thriller from Christopher Smith, director of Creep, Severance, Black Death and Triangle. Law student Harper suspects his stepdad Vincent of causing the car crash that landed his mother in a coma. A chance meeting in a bar with a tough redneck and his girlfriend leads to a road trip of revenge and spiralling violence.’

Christopher Smith will be joining us to introduce Detour and return for a Q&A after the screening.’

UK PREMIERE – ‘Humanity is battling intelligent creatures born from a viral super-strain. After being bitten human survivor Morgan (Matt Smith) realises he is asymptomatic and can communicate with the infected, leading the last survivors on a hunt for Patient Zero and a cure. From Stefan Ruzowitzky director of Anatomy, All the Queen’s Men and The Counterfeiters.’Directly before the screening of Patient Zero popular actor/director Dominic Brunt will present an exclusive FrightFest preview of his next film Adult Babies.’

UK PREMIERE – ‘In the mid 1980’s seventeen-year-old Vicki Maloney is randomly abducted from a suburban street by a disturbed serial-killing couple. As she observes the dynamic between her captors she quickly realises she must drive a wedge between them if she is to survive. Inspired by real life crimes, A superbly acted and powerful debut feature.’

UK PREMIERE – ‘At a New Year’s Eve party, nerdy and naïve Nico sets out to lose his virginity. After striking out with drunken babes, his gaze crosses to Medea, an attractive if mature woman. Before he knows what’s happening he’s whisked to Medea’s filthy apartment where sinister Asian artefacts adorn the shelves, cockroaches crawl the floors and an ancient prophecy rears its head along with the rowdy gay neighbours and a very jealous ex-boyfriend.’