Prepare for the Apocalypse in 7 Days to Die Trailer, Plus Walking Dead Skins

New gameplay footage has arrived for the upcoming zombie horror game 7 Days to Die, courtesy of this trailer.

An open world survival game, 7 Days to Die is created by The Fun Pimps, and is headed to PS4 and Xbox One on June 28th through Telltale’s new publishing label. The player must take an industrious approach to the zombie apocalypse, making preparations and setting up a base before the carnage can begin. But as the trailer shows, there will be carnage aplenty.

The console release of the game will be packaged with a couch co-op, a new Blood Moon weekly community event, plus the promise of additional multiplayer modes in the future. 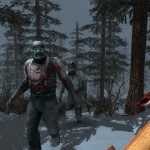 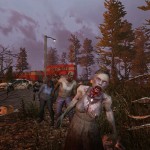 Also, available as an exclusive pre-order bonus are Lee Everett and Michonne character skins inspired by Telltale’s series of The Walking Dead, Season 3 of which will be unveiled this week ahead of the official start of E3.