Here’s the new poster for Ti West’s upcoming religious horror, The Sacrament. The film stars AJ Bowen, Amy Seimetz, Gene Jones, Joe Swanberg, and Kentucker Audley. The Sacrament follows two Vice media correspondents as they set out to document their friend’s search to find his missing sister. They travel outside of the United States to an undisclosed location where they are welcomed into the world of Eden Parish, a self-sustained rural utopia comprised of nearly 200 members. At the centre of this small, religious, socialist community is a mysterious leader known only as “Father.” As their friend reunites with his sister, it becomes apparent to the newcomers that this paradise may not be as it seems. What started as just another documentary shoot soon becomes a race to escape with their lives.

The film is out on VOD this May followed by a theatrical run in June. In the meantime, check out the March issue of SCREAM MAGAZINE where we have an exclusive interview with Ti himself. 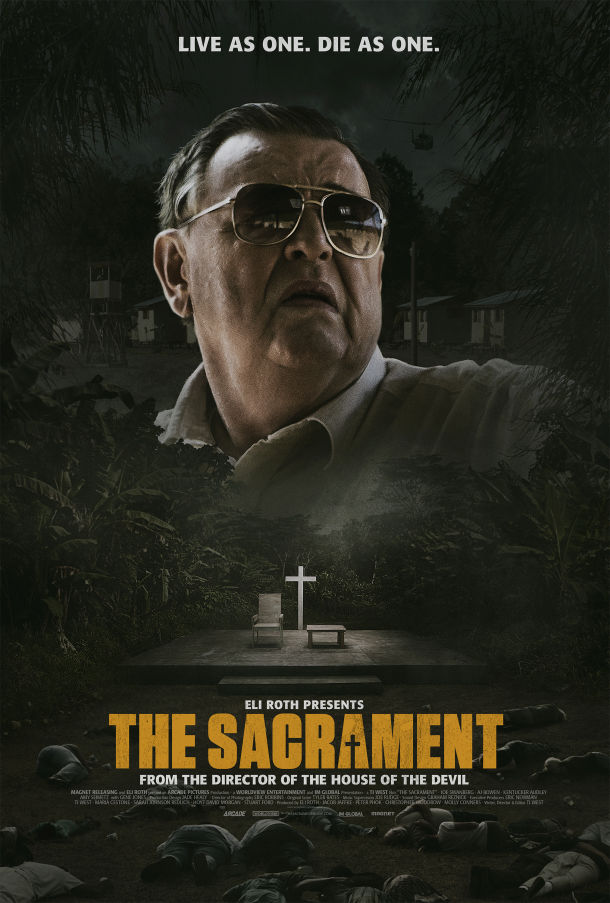