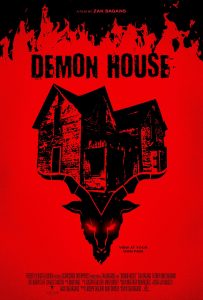 A trailer has just been released for Demon House, a documentary made by Zak Bagans, with a pretty crazy story behind it. In 2014, a small house in Indiana hit US headlines, as it was allegedly possessed by more than 200 demons. The stories aroused the attention of Bagans, who hosts Ghost Adventures on the Travel Channel. So keen was he to get to the bottom of the reports that he bought the house over the phone, sight unseen.

Demon House documents Bagans and his crew’s investigation inside the house that has been referred to as the “portal to Hell.” In the trailer, Bagans tells us that “this film is cursed.”

Demon House comes to selected US cinemas on March 16th, the same day that it becomes available on VOD in digital HD across cable, internet, and satellite platforms.