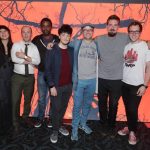 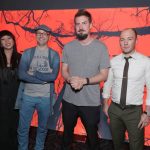 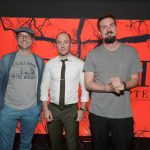 The big secret was revealed in the form of a screening to fans at San Diego’s Comic-Con on Friday night. While the audience was finding out the truth in the auditorium, critics who had seen the film finally broke their dutifully-observed silence, and ‘film twitter’ promptly lost its shit. During the screening, the decor and promotional materials in the cinema’s lobby were swiftly switched to display the revised artwork for the film. 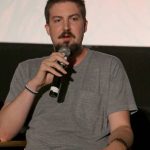 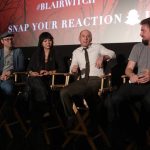 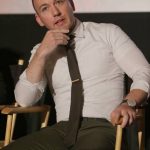 You can see (above) a bunch of pics from the screening and the Q&A that followed, with director Wingard, screenwriter Simon Barrett and producers Keith Calder and Jessica Wu. This is the newly-revealed synopsis for Blair Witch:

A group of college students venture into the Black Hills Forest in Maryland to uncover the mysteries surrounding the disappearance of James’ sister who many believe is connected to the legend of the Blair Witch. At first the group is hopeful, especially when a pair of locals offer to act as guides through the dark and winding woods, but as the endless night wears on, the group is visited by a menacing presence. Slowly, they begin to realise the legend is all too real and more sinister than they could have imagined.

Whether or not the uncovering of the film’s true identity has anything to do with its disappearance from the Horror Channel Frightfest bill is unknown, but either way, its sudden absence (it was replaced last week by Sadako Vs Kayako) is a damn shame for UK horror fans. Frightfest is however, planning a free screening ahead of Blair Witch’s wide release on 16th September.