Peek-a-Boo! It’s a New Trailer for The Witch 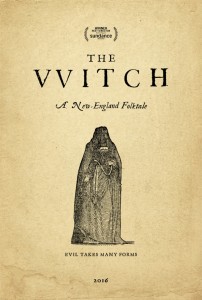 It’s a new day and, in turn, we have another new look at the much-anticipated The Witch. Directed by Robert Eggers, the buzz around the Witch has been quite incredible. It’s difficult to find a negative opinion of the film, so it’s no surprise we can’t stop talking about it.

Check out the latest trailer below which shows a tense game of peek-a-boo that ultimately results in the baby vanishing. Boo, indeed. As with all the previous trailers and clips, the atmosphere is filled such a high level of dread it’s hard to handle. Also, no matter how many times we see that goat stand on its hind legs, it’s still one of the damn freakiest things we’ve ever seen.

The Witch stars Anya Taylor-Joy, Ralph Ineson, Kate Dickie and Harvey Scrimshaw and will be released in the USA on 19th February. The Witch will hit the UK few weeks later on 11th March.