Pascal Laugier shooting Incident in a Ghost Land this summer 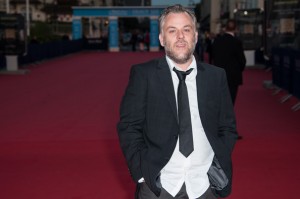 Looking set to start shooting in the summer is Radar Films’ Incident in a Ghost Land, the latest film from Pascal Laugier, director of Martyrs (the proper one). The film will be his first since 2012’s The Tall Man.

As with Martyrs, his classic of the New French Extremity movement, Laugier will be writing and directing his new horror which follows two sisters who suffered a childhood trauma following their mother inheriting of a home from her aunt. On the first night in their new home, the family was confronted with murderous intruders and had to fight for their very survival.

In the years following the violent nightmare, the sisters’ disparate personalities diverge wildly from each other. One becomes a famous horror author, with a seemingly perfect family and life in Los Angeles, while the other can’t cope and loses her mind.

The bulk of the story takes place 16 years after the home invasion, when the young women reunite at the house, and that’s when things get really weird.

Incident in a Ghost Land will see Laugier reuniting with his The Tall Man producing team, Clement Miserez and Jean-Charles Levy.