It’s disappointing to learn that Paramount has dropped the UK theatrical release for Alex Garland’s (Ex Machina) Annihilation. Instead, the film will go straight to the streaming service Netflix. The film will still be released in cinemas in the US on 23rd February 2018, but will head straight to Netflix in UK territories in the middle of March; 17 days later. The film will also receive cinema releases in Canada and China. 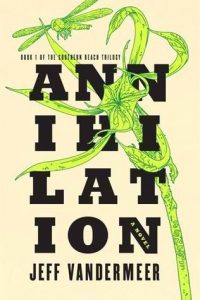 Annihilation will see Garland re-team with Ex Machina star Oscar Isaac, as well as Tessa Thompson, Natalie Portman and Jennifer Jason Leigh. The film has been described as following a biologist who signs up for a dangerous expedition, where the laws of nature are absent. The story is based on the novel written by Jeff VanderMeer which was originally published in 2014.

Hopefully Netflix will give the film a limited release in cinemas, so that audiences who desire to do so can see it on the big screen. The deal with Netflix comes after the film’s producers worried that the film’s more complex elements will be too intelligent for “average moviegoers”. That really is a shame, because there’s nothing wrong with encouraging audiences to think or open their minds when watching a film, especially one that’s science-fiction.

Be sure to catch Annihilation in 2018; in cinemas or not.