Our pick for the best vampire games

Vampires have long been one of the most bone chilling of all monsters. Bram Stoker is often credited with the creation of the modern vampire, his tome Dracula offering the “go to” vampire that most people think of when discussing the creatures of the night. However, the first noted appearance of vampires, or at least the common vampire tropes, is from Greek mythology. The story of Ambrogio and Selena is one of love, betrayal, superhuman powers and blood sucking. It established the genre as one of the most terrifying horror staples that still maintains the fear aspect to this day.

There have been countless vampire movies, TV shows, books and even games released over the years. In this article we will focus on what we think are the best vampire games out there.

Vampire: The Masquerade – Bloodlines
Vampire: The Masquerade – Bloodlines is a roll playing game from Troika Games, which can be played in the Steam Gaming Platform. It takes players and their vampire characters to the dark underworld of L.A where they can develop their character’s powers and battle humans and other vampires in different quests. The game was released in 2004 and managed to pick up a number of game of the year awards from various gaming magazines, including IGN! 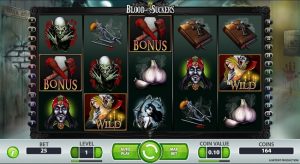 Blood Suckers
Blood Suckers is a video slot from NetEnt. It offers incredibly creepy, vampire related visuals with a fantastic gothic edge to them and awesome sound effects. It combines all of these with a 98% return to player, which is extremely high for slot machines, and a great vampire-slaying bonus game. We play the game on Winstar online slots, but you can also find it in other online casinos offering Netent games. 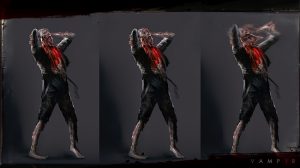 Vampyr
Vampyr is the newest game on the list and has the biggest budget. It backs up that budget with slick visuals and intricate gameplay. It offers one of the best looks into the life within the shadows that a vampire must undertake, while also taking a look at the story behind victims. Unlike a lot of other vampire games it uses the common vampire tropes to create a game where vampirism is the story. It’s a chilling game that is well worth its place on the list with the rest of these classic titles. You can watch the game trailer and buy the game on vampyr-game.com.

Castlevania: Symphony of the Night
Castlevania: Symphony of the Night, is our favorite of all Castlevania vampire famous games series. It takes place in Dracula’s castle, where Alucard, Dracula’s half human, half vampire son tries to defeat Richter Belmont, who claims to be lord of the Castle. We love the game because of its fantastic gameplay, cinematography, storytelling and graphics. Even today over 20 years after it was released it is still popular with fans of vampire games.

Blood Omen: Legacy of Kain
This one is another oldie. Blood Omen: Legacy of Kain was first released way back in 1996. The protagonist of the game is Kain, who is turned into a vampire and spends the game fighting corrupt sorcerers with the goal of revenging his murder and curing his vampire curse. The game offered a new slant on the vampire genre, with players playing as Kain all of the way through. It took the action roll playing games genre to new heights with enjoyable gameplay and an immersive story. Today it looks a bit old fashioned, but we think that it is still one of the best vampire games ever.