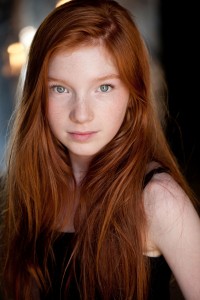 It may have had a terrible critical reception, but after a successful theatrical run it was soon announced that we would be getting a sequel to 2014’s Ouija. When a horror film is made on a budget of $5 million and grosses 20 times this amount, it’s to be expected.

Mike Flanagan (Absentia, Oculus) has been chosen as the film’s director and he’s bringing Annalise  Basso – the young Kaylie Russell from Oculus – with him to be the leading lady; a girl who has recently lost her father. Cue, the Ouija board!

I’m quite surprised by this news and didn’t expect a director with a great track record to jump at the chance of directing a sequel to poor-received horror. However, I’m a huge Flanagan fan and feel that he should be able to give us a genuinely frightening and unique story; rather than something filled with cheap scares and a generic, forgettable plot. He’s also teamed up with Oculus co-writer Jeff Howard to write the screenplay, so there is a strong team indeed.

I didn’t hate Ouija and for a modern teen-focused horror film, I thought it was pretty decent. Its problems stemmed from unoriginality and its inability to be remembered, but it was far from awful. I look forward to seeing what Mike Flanagan does with the sequel, if he can bring the chilling atmosphere from Absentia and the surprises in Oculus, we could be on to a far superior Ouija tale.