Opressive Teaser for The Invitation Drips with Atmosphere 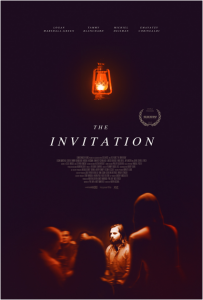 The Invitation’s synopsis reads:
Will and Eden were once a loving couple. After a tragedy took their son, Eden disappeared. Two years later, out of the blue, she returns with a new husband… and as a different person, eerily changed and eager to reunite with her ex and those she left behind. Over the course of a dinner party in the house that was once his, the haunted Will is gripped by mounting evidence that Eden and her new friends have a mysterious and terrifying agenda. But can we trust Will’s hold on reality? Or will he be the unwitting catalyst of the doom he senses? 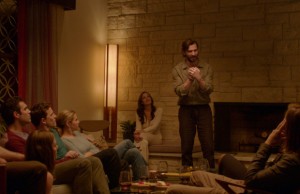 This subtle teaser may give nothing away, but still manages to be more than a little unsettling, crafting a thick atmosphere of its own in just over a minute. If the film’s teaser can achieve that, just imagine what the film can do over its 100 minute runtime.

Released in selected US cinemas and on VOD on March 25th, The Invitation looks like a chiller you really don’t want to miss.