Online Games That Give Players a Fright

Online games are so varied these days that they have the power to do everything from frighten the pants off people to putting them at the controls of a fighter jet.

Here we focus on the former, by taking a closer look at some of the scariest online games that exist today, which all horror genre fans will love.

Haunting Mobile Games
Mobile is increasingly the platform of choice for many gamers, who want to take their gaming thrills and spills with them wherever they go.

There are a whole range of mobile gaming titles out there that cater to players who love a good gore fest. Five Nights at Freddy’s is a cult classic that has had horror fans jumping out of their commuter train and bus seats for years, while Samsara Room has an innate ability to unnerve anyone who plays it.

Meanwhile, for those gamers who enjoy being made to jump in the cinema or in a fairground haunted house, Eyes is just the blood-drenched ticket. 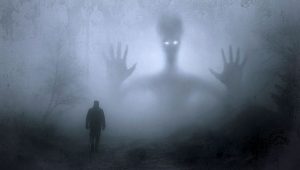 Slots That Go Bump in the Night
Another genre of online game that has been getting in on the act of scaring its players witless are slot games.

Some of the scariest that can be found via comparison websites like oddschecker include Lost Vegas, which pits players against hordes of zombies, as well as Blood Suckers 1 and 2 with both versions of the game compelling players to escape the fangs of Victorian era vampires. Free spins and no deposit bonuses can also be used to sample other frightful titles such as Wicked Circus (Yes, it features scary clowns) and Dracula. 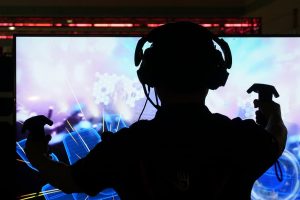 VR Games Make the Horror Real
There was a time when the only thing that was scary about using VR technology was having to wear the ungainly headsets that had wires sprouting everywhere.

Those days are very much resigned to the past, as new lightweight and wireless VR headsets are making a whole new range of games accessible to wider audiences.

Horror fans will adore games made specifically for VR platforms like the incredibly atmospheric Affected: The Manor and Face Your Fears I & II.

For people who like their long-running gaming franchises, there is also Half-Life: Alyx, which delivers a terrifyingly realistic first-person VR experience.