A rather nice one-sheet for the upcoming horror anthology XX has just been released and you can take a look at it below. XX is comprised of four short stories which are directed by Karyn Kusama (GIRLFIGHT, JENNIFER’S BODY), Jennifer Lynch (SURVEILLANCE), Jovanka Vuckovic (THE CAPTURED BIRD) and Mary Harron (AMERICAN PSYCHO). No release news as of yet. 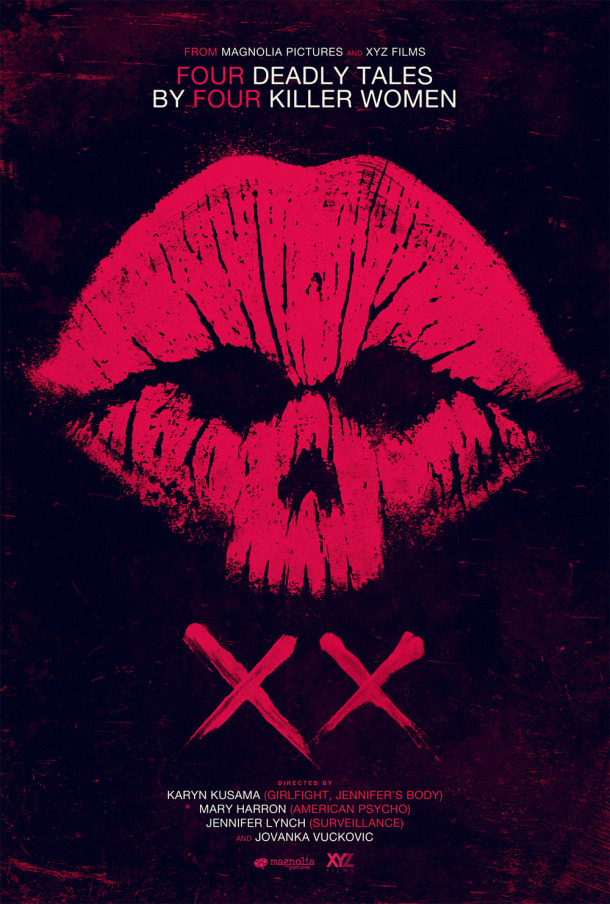