ONE MILLION MOMS Asks for Petitions to Cancel Preacher

You know what they say about art: you’re not doing it right until you piss off a bunch of people. Well it seems that AMC’s hit horror series Preacher is pissing off more than just a ‘bunch’ this time and they want the shows figurative head on a platter.

ONE MILLION MOMS, an online Christian advocacy group whose mission is to “help fight indecency and find trash in the media,” has turned their elf eyes to Preacher, pushing several petitions to force an apology from AMC, have various sponsors pull their advertising, and eventually cancelling the “the blasphemous program.” While there has been no news so far of either AMC, their sponsors, or creators having responded to their demands, the signature support has reached over 13,000 people. Whether they will be able to reach their goal is unknown but their initial article to raise awareness speaks volumes to their anger. 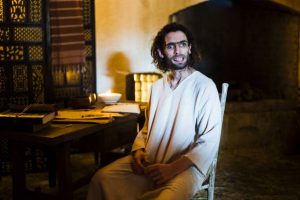 “The AMC series “Preacher” is advertised as gory good fun and airs during primetime. The “preacher” in the show is far from it, and the program blasphemes Jesus in the latest episode with the Son of God depicted as a lying s-x p-rvert. The show opens with extremely graphic Jesus s-x scene and closes with an inbred Messiah. (A dash “-“ is used to bypass internet filters.)”

Their official note to AMC reads as follows:
“The sacrilegious program “Preacher” mocks Christianity and ridicules people of faith. In the episode “Dirty Little Secret” the show went too far. AMC would never in a million years air a show that defamed Muhammad in a similar fashion. I urge AMC issue an apology for blaspheming my Lord and Savior Jesus Christ and cancel the blasphemous program, “Preacher” immediately.”

This is not ONE MILLION MOTHERS first attempt at going after comics or comic-based shows. They have petitioned twice in 2015 for the cancellation of Lucifer and took aim at Marvel and DC for depictions of gay characters in their works. Both failed to accomplish their goal.

Despite the some-what large support for the ONE MILLION MOTHERS Preacher petition, the group is no stranger to controversy itself. ONE MILLION MOTHERS founding company, American Family Association, is an identified hate group by the Southern Poverty Law and is frequently criticized for its anti-LQTBQ stance. Aside from a core group of devotees, the MOTHERS group does not seem to have any far reaching support.

If you are interested in seeing the Preacher episode that kicked the hornets’ nest, it’s titled ‘Dirty Little Secret’ and features Jesus Christ having one last night of sexual debaucheries before he is crucified.