It’s only been a few days since a second sequel in the V/H/S horror movie franchise was announced and today a one-sheet and an official trailer has appeared online. What’s V/H/S: Viral go in store for fans this time around? The third iteration involves tales of a deranged illusionist, a homemade machine that opens a door to a parallel world, teen skaters involved in a Mexican death ritual, and a sinister organisation tracking a serial killer – all tied together in a mythology that takes the V/H/S franchise into the internet age.

Todd Lincoln (“The Apparition”), Nacho Vigalondo (“Timecrimes”), Marcel Sarmiento (“Deadgirl”), Gregg Bishop (“Dance of the Dead”), Justin Benson (“Resolution”), and Aaron Moorhead (“Resolution”) will be directing and you can read interviews with them all in the next issue of SCREAM MAGAZINE. Check the poster and trailer out below: 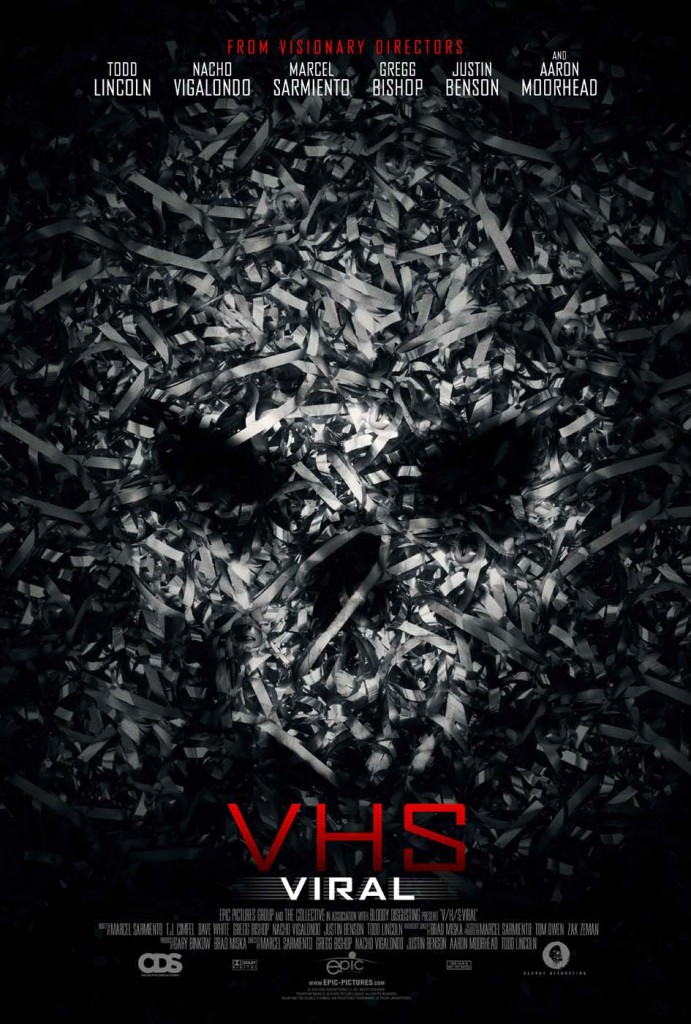