Official Trailer for The Drownsman

Move over Jason Voorhees, Freddy Krueger, The Candyman and Michael Myers! Looks like there’s a new bad boy in the horror movie world… The first trailer for The Drownsman has just surfaced. The film stars Michelle Mylett, Caroline Korycki, Gemma Bird Matheson, Sydney Kondruss, Clare Bastable, and Ry Barrett as The Drownsman. Check out the trailer and poster art below:

Synopsis:
After almost drowning in a lake, Madison finds herself bound to a life of fear. Unable to describe what happened to her during the moments she was underwater, Madison begins to develop hydrophobia: an abnormal fear of water. Crippled by her post trauma, Madison attempts to shut out the world around her but, her fear intensifies when she begins to be haunted by the vision of an evil figure.

After watching her struggle for over a year, Madison’s four friends stage an intervention in a desperate attempt to help. In doing so, they accidentally open a floodgate to a dark place where none of them are safe. As Madison and her friends dive deeper into the dark history of the evil that haunts them, they’re dragged one by one to a horrifying place where they may never return. 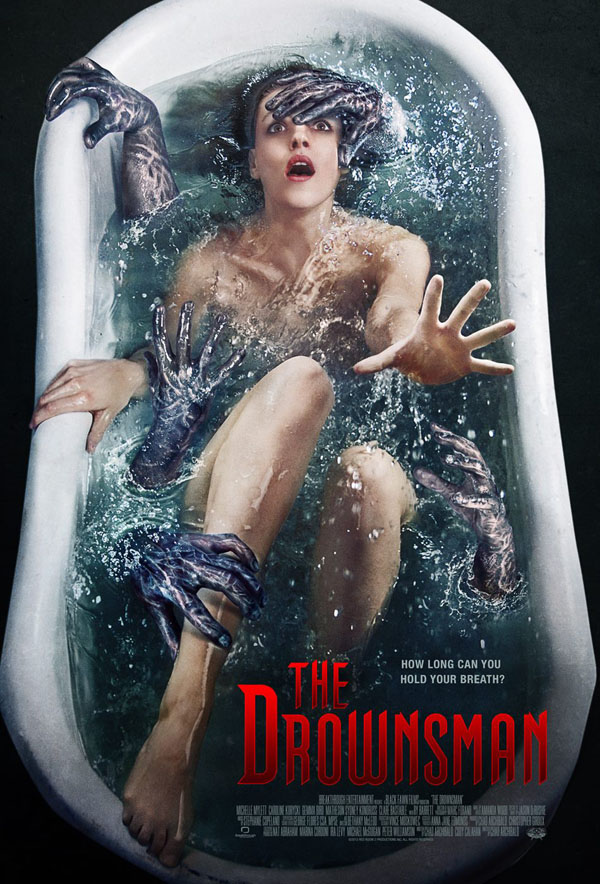