News has been rather quiet on Tom Six’s upcoming shocker The Human Centipede 3 but an official audio clip from the upcoming film has been unleashed today and we have it for you below. Cast wise, Dieter Laser is returning and he will be joined by Laurence R. Harvey, Eric Roberts, Robert LaSardo, Tommy ‘Tiny’ Lister and Bree Olson. Tom Six also appears. The film is set in a prison and is said to feature a 100+ centipede. Check out the audio clip below: 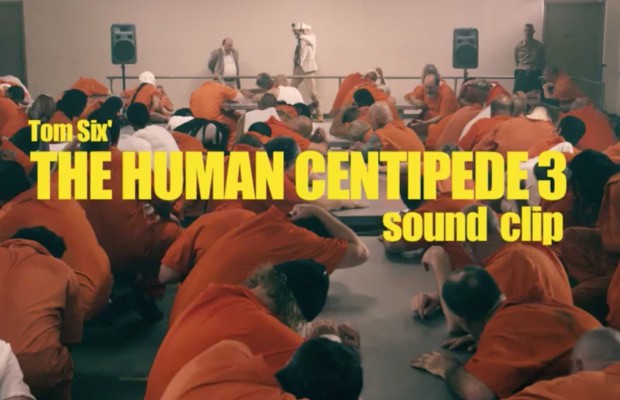