WWE Films and Lionsgate have just unleashed the first official poster for the upcoming Leprechaun: Origins movie which stars Dylan “Hornswoggle” Postl. Plot details are still undisclosed, but it has been mentioned that the film will have a much darker tone compared to the original which starred Warwick Davis. Leprechaun: Origins also stars Stephanie Bennett, Teach Grant, Bruce Blain, and Brendan Fletcher. 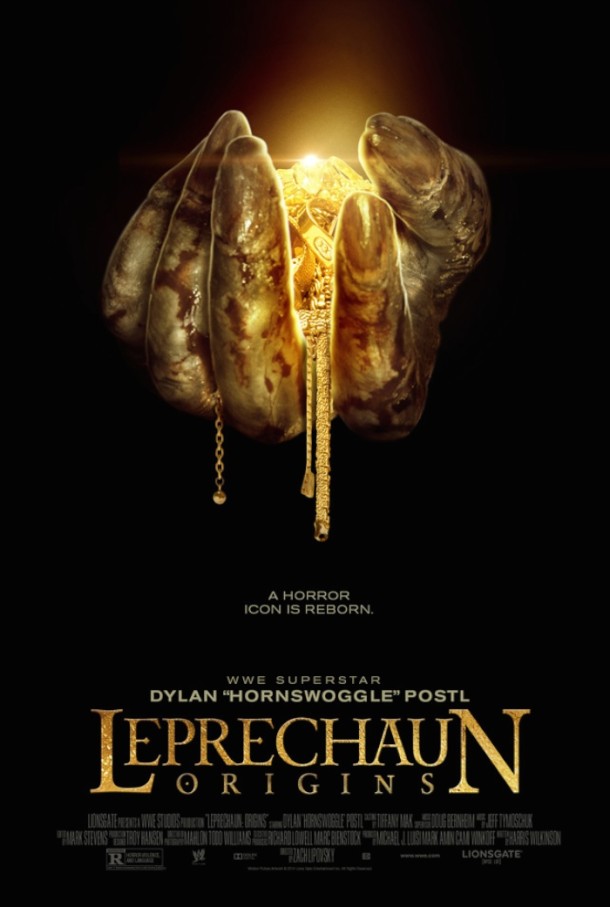