The official poster for Robert “Freddy Krueger” Englund’s latest film was released today and you can check it out below. The Last Showing is directed by Phil Hawkins, and also stars Finn Jones (Game Of Thrones), Keith Allen (Trainspotting) and Emily Berrington (The White Queen).

When a life-long projectionist (Robert Englund) is made redundant he looks to exact his vengeance on a generation that no longer requires his skills. He traps a couple inside his multiplex cinema and manipulates them into becoming characters in a horror film being captured by CCTV cameras. 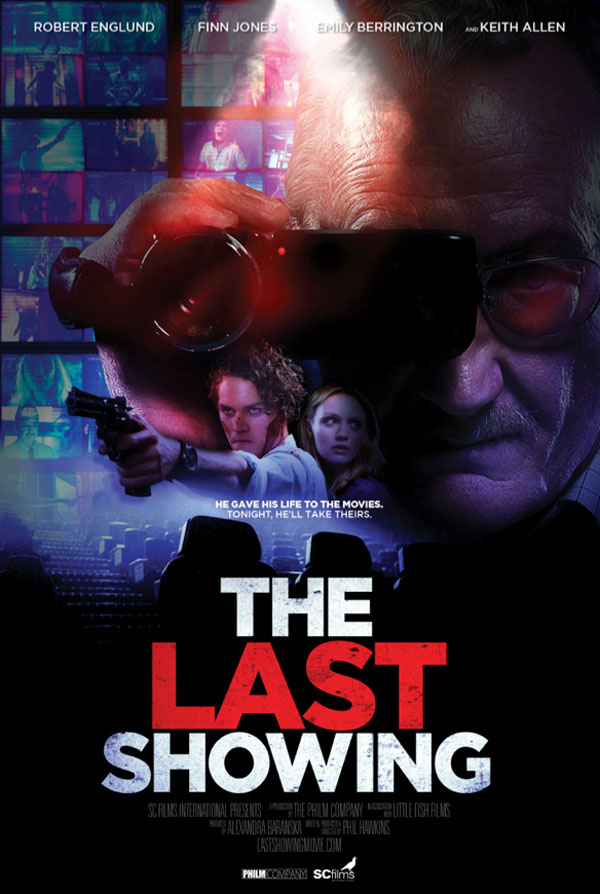