Official Banner and New Stills for The Walking Dead Season 8

Promising nothing less than All Out War is the new banner for season 8 of The Walking Dead, which AMC released on Tuesday, together with a whole bunch of stills, a selection of which you can see below. 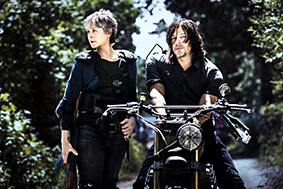 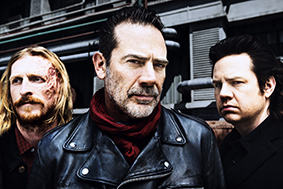 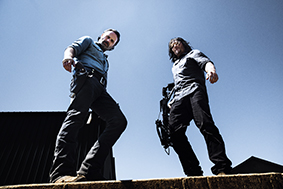 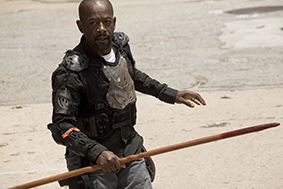 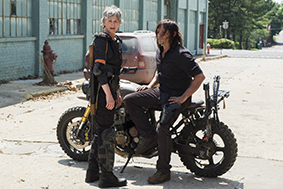 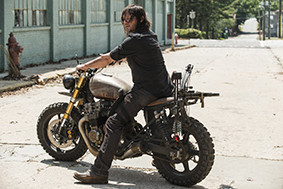 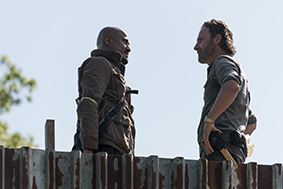 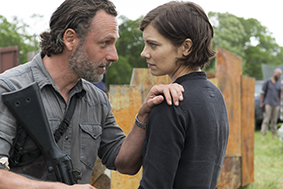 The hit show returns on October 22nd (23rd in UK), with its 100th episode. Read on for the official word on season 8.
From AMC:

“Last year Rick Grimes (Andrew Lincoln) and his group of survivors were confronted with their deadliest challenge yet. With the comfort of Alexandria, they let their guard down, only to be reminded how brutal the world they live in can be. The introduction of Negan (Jeffrey Dean Morgan) and the Saviors broke our group.

Feeling powerless under Negan’s rules and demands, Rick advocated the group play along. But seeing that Negan couldn’t be reasoned with, Rick began rallying together other communities affected by the Saviors. And with the support of the Hilltop and Kingdom, they finally have enough fire power to contest the Saviors.

This year Rick brings “All Out War” to Negan and his forces. The Saviors are larger, better-equipped, and ruthless — but Rick and the unified communities are fighting for the promise of a brighter future. The battle lines are drawn as they launch into a kinetic, action-packed offensive.

Up until now survival has been the focus of Rick and our group, but it’s not enough. They have to fight to take back their freedom so that they can live. So that they can rebuild. As with any battle, there will be losses. Casualties. But with Rick leading the Alexandrian forces, Maggie leading the Hilltop, and King Ezekiel leading the Kingdom — Negan and the Saviors’ grip on this world may finally be coming to an end.”