The Nun Gets a Friday the 13th Release Date

The new Friday the 13th may not be happening, but on Friday 13th July 2018 you will be able to catch The Nun from director Corin Hardy (The Hallow), so it’s not all bad. Let’s face it, a new Friday the 13th was always going to struggle to impress audiences and with the box office disappointment of Rings and Blair Witch, it’s no wonder studios are fearful of venturing into older territory. 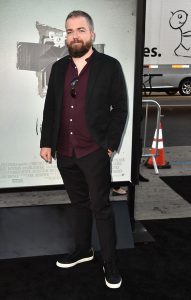 Modern horror is where the money’s at and James Wan’s The Conjuring and its sequel are two of the highest grossing horror films of all time. Even the mediocre Annabelle managed to gross an impressive $256 million worldwide on its $6.5 million budget. The Nun will hope to follow in its footsteps and with a great director in Hardy at the helm, we’re confident that that the spin-off will be 10x scarier and more impressive.

Be sure to catch what director David F. Sandberg is calling “the Godfather II of creepy doll movies” Annabelle 2 on 11th August 2017.