Number 37 Will Get a Release this November 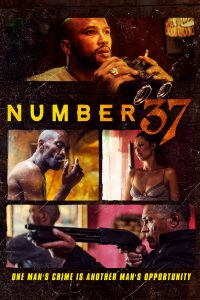 The Rear Window-esque thriller Number 37 will be released in select cinemas and On Demand this 20th November, courtesy of Dark Star Pictures.

Filmed in Cape Town, the film follows a small-town crook who becomes wheel-chair bound after a drug deal goes wrong. To distract him during his days stuck at home he is given a pair of binoculars, but he is soon drawn into something dangerous when he witnesses the murder of a police officer.

Number 37 won Best Director at the Fantasia Film Festival, so we’re expecting great things when the film is released on 20th November. Check out the hard-hitting trailer below.