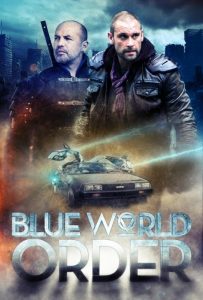 Arriving on VOD and DVD in January is Random Media’s Blue World Order, a post-apocalyptic nightmare with Billy Zane, The Great Gatsby’s Jake Ryan and a DeLorean, apparently. The film follows a band of survivors searching for a new beginning after nuclear war and a deadly virus have pushed humanity to the brink. Check out the key art and some stills.

Synopsis:
After a nuclear war decimated the Northern Hemisphere, the surviving population was infected with a deadly bacterium. In an attempt to rebuild civilisation, a self-appointed government called The Order distributed an immunisation to the bacteria, which inadvertently killed all the children. Only one man, Jake Slater, remained immune. The only child that survived is his daughter, Molly. Now, Jake scavenges the wasteland searching for a way to keep her alive, unaware that she is the key to the survival of humankind. 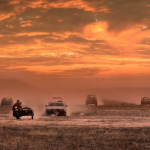 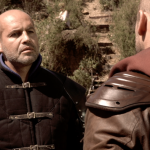