“This is not a Remake,” Insists Suspiria Director Luca Guadagnino 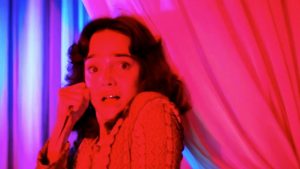 The initial reaction of cynicism, even outright disgust that met the announcement of Luca Guadagnino’s Suspiria remake gradually turned to cautious intrigue as casting got underway and now, I think it’s fair to say we’re all at least interested to see the end result.

In a couple of recent interviews, director Guadagnino has given some updates on the status of the project, and how he has approached the material, and he insists we not see the film as merely another remake.

“It’s inspired by the same story, but it goes in different directions, it explores other reasons,” Guadagino told Allocine recently. “Its semantics, of course, but I think people really have to understand that this is not a remake, because the word “remake” gives the impression that we want to erase the original, and the opposite is what we tried to do.”

And, speaking recently to Criterion, the director said:
“I have three months until I finish it. It’s a very special film, and I’m proud of it. I wonder all the time how people will react to it, being that it is based on a masterpiece. I often find myself in the position of saying ‘Oh, it’s ridiculous!’ when I hear stories that they want to remake a movie like 8½, so I don’t know if I’m going to be served the same dish. But I can say that my Suspiria is a very personal film; it’s like oxygen to me. When I saw the original movie thirty-two years ago, the emotion I felt was so strong, so mind-blowing, and so important to my upbringing. I wanted to investigate the experience I had watching that film.”

Guadagino screened the film for Amazon Studios’ heads back in July, in a cut that reportedly ran at 150 minutes.