After a considerable amount of time secretly pining after Sarah, Scott has his lucky night. A game of Truth or Dare at a friend’s house leads to their first kiss and it gets even better as he gets a second kiss after dropping her off at home. Scott, Sarah and their friends Claire, Karl, Chris, and Amanda get together the following night in search of some spooky excitement. They decide to visit an abandoned old hospital near downtown Houston… a visit that offers more scares than anticipated. By the end of the night, Amanda and Chris are missing and Karl is hospitalised. Unfortunately, this is just the start of events for these teens.

They run into a group of sex traffickers, each with different leather masks. The fetishistic dress of the gang really gives them character and elicits fear. It would have been good to see more of this gang. We learn more about the underground culture that these villains are dealing in as the story progresses, and it’s all clearly orchestrated.

In this story we have teenagers starting to look to college and the future, and Seward really captures the teen vibe as they are all about laughs and relationships and full of unsureness. There is that feeling of innocence about them. The teens are generally a likable bunch, and the way the teens are in the first part of the book is such a contrast to what they quickly become. When this group of teens suddenly begins to be able to dish out violence and take on sex traffickers with somewhat ease, it doesn’t sit quite right, and that’s when the story started to lose me. 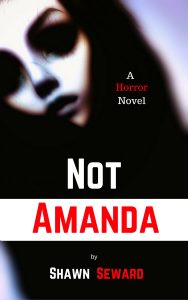 With sex trafficking being one of the themes, there is some disturbing imagery. In some ways the story is a pseudo rape revenge plot, following some of the tropes from films in that horror sub-genre.

This is Shawn Seward’s debut novel and there is promise of bright things to come from the author. I enjoyed the final sting or twist. To me, the beginning at the hospital didn’t quite gel and mesh well with the events that followed. There are some very enjoyable high points, namely the gang. The book could also do with some further editing.