Noomi Rapace to Have a Small Role in Alien: Covenant 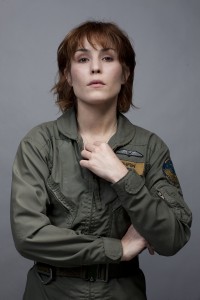 As ever, there’s lots to talk about with regards to Ridley Scott’s Prometheus sequel Alien: Covenant. Firstly, the director has confirmed that Noomi Rapace will have a role in the film, despite speculation arising that she wouldn’t as her name was missing from the film’s synopsis. Her role, however, will only be a small one. So, what could this mean; that she dies very early on? Perhaps.

Additionally, it has been revealed that Michael Fassbender will have 2 roles in the film, which means 2 Davids, assumedly. David was last seen as a head with Elizabeth Shaw, so it will be interesting to see how it makes it out of that pickle – especially as he’s deemed to be the sole inhabitant of the planet that the ship Covenant lands on.

We were originally looking at a potential trilogy of ‘Prometheus’ films before the timeline reaches the 1979 Alien, however, Scott has confirmed that there will actually be 4: “So I’m now going to [Alien: Covenant], which is the next evolution directly connected with the first one…When that’s finished there’ll be another one and then another one which will gradually drive into the back entrance of the film in 1979.”

The worlds of Alien and Prometheus seem to be forever expanding, and it seems that it’s going to be a good few years before the two collide. Keep your eyes peeled for more news on Alien, because there’s bound to be plenty more.