Big, big news arrived this morning with the announcement that Michael Myers has found a new home with Blumhouse, together with Miramax and Trancas International Films, who are putting a new Halloween film into production. And the best part? John Carpenter, the man Guillermo del Toro this week described as “lightening in a bottle”, is onboard as executive producer!

“38 years after the original Halloween, I’m going to help to try to make the 10th sequel the scariest of them all,” Carpenter enthused. There is talk of the creator also returning to the series as composer, which is unconfirmed, but damn exciting. 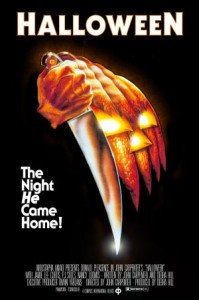 Blumhouse’s Jason Blum will produce alongside Malek Akkad, who has produced every entry in the franchise since 1995’s The Curse of Michael Myers, including Rob Zombie’s divisive reimaginings (which for the record, I really, really dig).

“Trancas International is thrilled to be teaming up with Miramax on Halloween, one of the most enduring horror franchises in film,” Akkad says. “We are also very excited to be working with Jason Blum and the whole team at Blumhouse. Together, along with the return of legendary filmmaker John Carpenter, we are eager to make a film that will be a milestone in the franchise’s legacy and that will excite the fans, young and old.”

Halloween’s future seemed uncertain following the loss of the property by Dimension, with rumours of an upcoming TV series swiftly put to bed back in February. This fresh news came following a press gathering yesterday, at which the hope of a Halloween 2017 release was expressed.