Variety is reporting some rather exciting news coming out of Cannes. According to the site, Nicolas Winding Refn’s Space Rocket has partnered with Wild Bunch and Vendian Entertainment for a multi-year first look deal. The first project to receive financing for production will be a remake of William Lustig’s gritty horror thriller Maniac Cop.

Refn is acting as a creative producer on the remake, which will be directed by John Hyams (Universal Soldier: Regeneration, TV’s Z Nation) and written by Ed Brubaker (Captain America: The Winter Soldier). Shooting is set to take place this summer in Los Angeles. 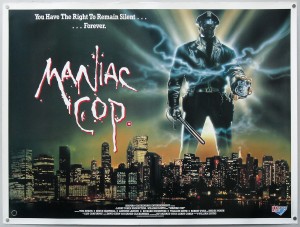 Maniac Cop looks to be following pretty closely to the original’s plot, only transposing the action to LA, Variety reporting that it “…follows innocent people who are brutally murdered on the streets of Los Angeles by a uniformed police officer. As the death toll rises and LAPD attempts a cover up, one determined female cop sets out to reveal the truth.”

This will be the second time Lustig has seen one of his films remade, following the 2012 Elijah Wood-starring Maniac, a retread of his sleazy 1980 grindhouse slasher.