Following its Sundance premiere, violent action-horror Mandy has been picked up for US distribution by RLJE Films. 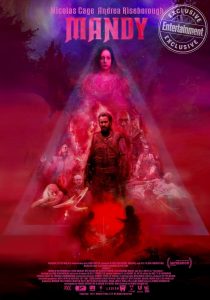 The film – which currently holds a 100% critics’ score on Rotten Tomatoes – comes from director Panos Cosmatos (Beyond the Black Rainbow) and stars the mighty Nicolas Cage as Red Miller, a broken, disturbed man on a mission to hunt down and kill the deranged religious sect who murdered the love of his life.

RLJE will put Mandy in US cinemas this summer.