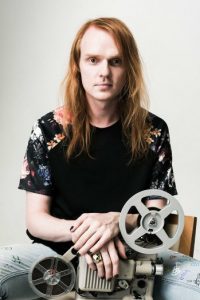 Not to be confused with Megan Freels Johnston’s The Ice Cream Truck, which has a similar synopsis, Nicholas Verso (pictured right) has signed on to direct The Ice Cream Man. This film about a sinister ice cream van will follow two brothers who are terrorised by a sinister being. No other details have been revealed, but we imagine the being drives the ice cream van, but even that is uncertain.

Ice cream vans are usually associated with the joys of childhood, but the horror genre does love to twist what you love and turn it into something you fear. That’s why we love it!

Nicholas Verso has previously directed 2016’s Halloween flick Boys in the Trees, episodes of Nowhere Boys and Grace Beside Me. Be sure to look out for more details about The Cream Man, which is currently in pre-production after being announced by Covert Media’s CEO Paul Hanson. Hanson will also be producing the film with Broken Road Productions’ Todd Garner.