New Video Shows the Gameplay in Friday the 13th: The Game

A new video has been released that delves in to the gameplay for the upcoming Friday the 13th: The Game. It gives us a very brief look at the way a match can play out; placing the counsellors in various parts of the map while the machete-wielding Jason makes his way from the lake.

We get a little bit of information about spawning which can, at times, place a counsellor on their lonesome. This is probably not the best way to begin the game and our advice would be to find someone else, sharpish. 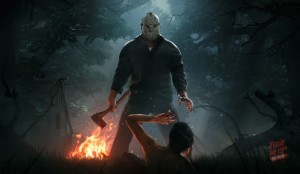 Synopsis:
Friday the 13th: The Game is an online, asymmetric multiplayer experience where one player will assume the role of Jason Voorhees against seven other players assuming the roles of camp counsellors trying to survive the night.

You can take a look below at the video, and also check out a couple of posters that will introduce you to two counsellors: The Athletic Girl and The Preppy Guy. Other counsellors will include The Girl Next Door, The Edgy Guy and The Jock.

We can’t wait for Friday the 13th: The Game to be released in the autumn of 2016. It looks like it’s going to be a helluva lotta fun.