The speculation and conflicting rumours over the premiere date for Showtime’s Twin Peaks revival has come to an end, with an official airdate announced during the Television Critics Association winter press tour. The series will kick off with a two-hour premiere on Sunday, May 21st.

Showtime president and CEO David Nevins made the announcement, noting that the full series will clock in at 18 hours. Additionally, he explained that episodes 3 and 4 will be available On Demand and through Showtime’s streaming platform immediately after the double-episode opener airs.

“We’ve seen the whole thing,” Nevins said, “and the version of ‘Twin Peaks’ you’re going to see is the pure-heroin version of David Lynch. I’m very excited to put that out.” 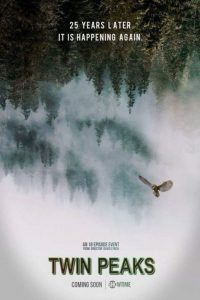 The revered cult series originally aired on ABC from 1990 – ‘91 and spawned a film, Twin Peaks: Fire Walk with Me, in 1992. It’s been 25 years since we last visited this weird little town, and it’ll be good to be back. We’ll see you there.